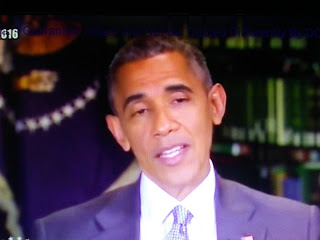 Obama was responsible for letting Hillary Clinton escape justice along with Loretta Lynch and James Comey.

An FBI lawyer wrote in a newly revealed text to her lover in late 2016 that then-president Barack Obama wanted updates on the Hillary Clinton email investigation.

Two months before the presidential election, Lisa Page wrote to fellow FBI official Peter Strzok that she was working on a memo for then-FBI director James Comey because Obama 'wants to know everything we're doing.'

Obama had said five months earlier during a Fox News Channel interview that he could 'guarantee' he wouldn't interfere with that investigation.

President jumped on the news, sending out an all-caps tweet about it. ''NEW FBI TEXTS ARE BOMBSHELLS!' Trump wrote