Student Claims CNN Wrote Town Hall Question for Him, Told Him to 'Stick to the Script' 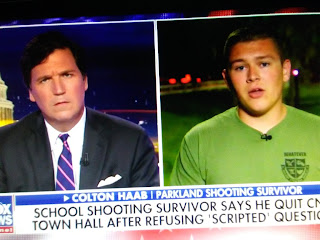 CNN is shameless!
What a bunch of clowns.  CNN is only interested in presenting the wacky deranged Liberal point of view.

Colton Haab, a junior at Marjory Stoneman Douglas High School, where 17 people were shot and killed last week, says he did not attend the event when he realized it would be a "total waste of [his] time."