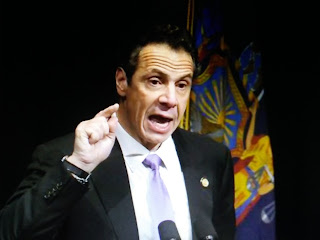 This is what the Liberal governors of these states are going to do.
Write a memo among themselves with pie-in-the-sky ideas that have no effect in the real world let alone zero effect to stop gun violence.  Make a big fuss when the memo is finished, pat themselves on the backs and proclaim they fixed the problem.  Meanwhile gun violence continues in their states and they'll ignore it like they've already been doing.

Democratic governors of Northeastern states announced they have formed a coalition, "States for Gun Safety" to work together in the battle against gun violence.

The governors of Connecticut, New Jersey, New York and Rhode Island said they would sign a memorandum of understanding to develop ways the states can jointly address the scourge of illegal guns and develop shared law-enforcement efforts.

"What we are doing today is very different. We are saying we can't wait for the federal government to act," said Connecticut Gov. Dannel Malloy on a conference call Thursday with reporters.