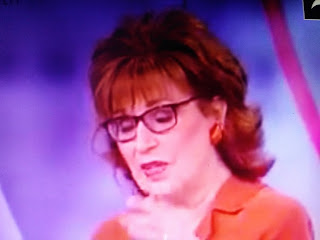 This was obviously some series under reported backlash that prompted Joy Behar to apologize.

Disney CEO Bob Iger said during the Q&A portion of a shareholder meeting on Thursday that Behar apologized directly to Pence on the phone.

A source close to Pence confirmed to Fox News that Behar did apologize.

The shareholder who asked the question was Justin Danhof, who is the general counsel for the National Center for Public Policy Research. Danhof told Iger that some of Disney’s recent decisions are “strange when trust in media is at an all-time low” and referred to Disney’s ESPN as a “24/7 anti-Trump tirade channel” before bringing up the Behar controversy.