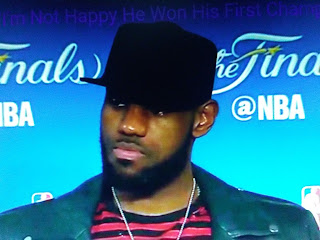 Looks like there's going to be some more LeBran James jersey burning in the near future.
These players need to learn from Michael Jordon who never goes political because he wants everybody to buy his products.  Smart!

James tweeted: “U bum @StephenCurry30 already said he ain’t going! So therefore ain’t no invite. Going to White House was a great honor until you showed up!”

The NFL and its players’ union on Saturday also slammed Trump for suggesting that owners fire players who kneel during the national anthem and that fans consider walking out in protest “when somebody disrespects our flag.”