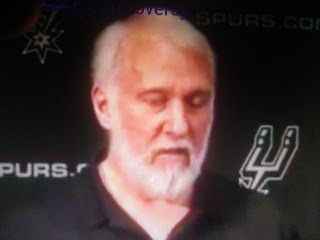 It really amazes me how White Liberals have the capacity to disparage other Whites as if they're not White themselves.
Gregg Popovich may be one of the greatest NBA coaches in history.  But, I didn't know he was so guilt-ridden for being White.  It's fascinating!