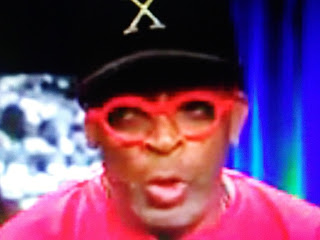 Leftists never get tired of recycling the same tired script.
When Spike Lee refers to African Americans being gun down in the streets, he leaves out that 99% of those shootings are by other African Americans.

Breitbart reports Wednesday on CNN, film director Spike Lee said President Donald Trump was acting like NFL 0wners were “plantation owners” when he urged them to fire players kneeling during the national anthem
Lee said, “When he says—he is really telling the owners—like the owners are the plantation owners and the guys playing in the league, they’re on the plantation. You can’t say anything.

And so, the thing’s really escalated. And then I get back to it, when you talk about somebody’s mother, that’s a no-no. And he has not apologized at all, so.”
He added, “Did he talk about the mother of the neo-Nazi, the alt-right, the KKK, those guys, crazy people in Charleston?”