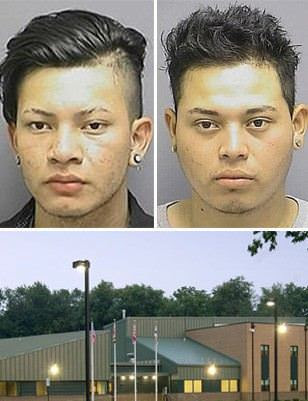 These three are really sick bastards that belong under a prison!

Daily Mail reports two teenagers have been charged with kidnapping and raping a classmate in a horrifying attack allegedly orchestrated by the victim's 13-year-old classmate.

El Salvadorian illegal immigrant Victor Antonio Gonzalez-Guttierres, 19, and Edgar Natanal Chicas-Hernandez, 17, were arrested after the victim told police she was grabbed while walking home from school on September 2, taken to an apartment and sexually assaulted.