Inmates ARE RUNNING the prison: Texans players may remove team logo from helmets in protest 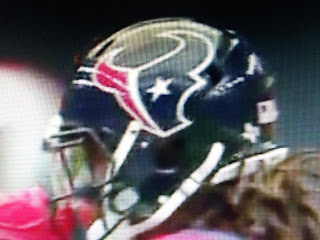 This is the Social Justice Warrior Monster the NFL created by their own stupidity!
Instead of laying down the law at the first sign of player disruption, they went the Liberal-minded,  conflict resolution model that doesn't resolve conflict in the real world.  They tried to treat an aggressive cancer with baby aspirin and are clueless as to why it's not working.


AOL News reports Texans players met late Saturday to discuss how to protest as a team against Houston’s owner Bob McNair over his controversial “inmates running the prison” comment.

“The players could decide to all kneel together, and also discussed peeling the Texans decal off of their helmets or raising their fists,” according to ESPN.

Whatever their demonstration winds up being, it won’t be revealed before the game against the Seahawks.

The owner for the Texans should have never apologized for his comments.  In fact, what he needs to do is terminate some players contracts for rule violation and other players will quickly get the message.