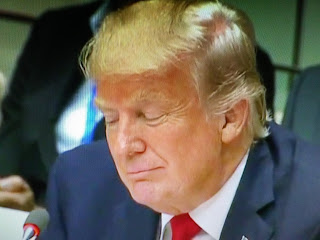 This is another blow to dismantle one of the worst laws passed by a Democrat-Only vote.
ObamaCare never worked and any argument to the contrary is pure Liberal propaganda.


Washington Times reports the Trump administration announced late Thursday that it has concluded it can no longer legally make critical Obamacare “cost-sharing” payments and will cut them off, dealing another blow to the struggling 2010 health law.

The payments had specifically been denied by Congress but President Obama had made them anyway, drawing a rebuke from a court who said he was overstepping his powers. The case has raged for months, and both the Obama and Trump administrations had continued making payments — until now.

White House press secretary Sarah Huckabee Sanders, in a statement, said the Justice Department has concluded the judge’s ruling is correct, and there is no valid legal ability to make the payments.