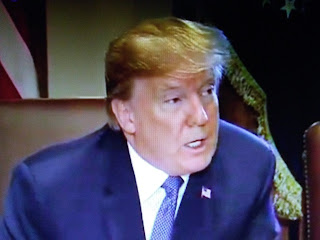 Senate Minority Leader Chuck Schumer, who is from New York, has blood on his hands!

USA Today reports President Trump said Wednesday he would renew efforts to kill a particular immigration program in the wake of the terrorist attack in New York City.

"The terrorist came into our country through what is called the 'Diversity Visa Lottery Program,' a Chuck Schumer beauty. I want merit based," Trump tweeted, referring to the Senate Democratic leader who hails from New York.
Schumer responded by accusing Trump of politicizing the attack, and added that the White House is also seeking to cut the federal counter-terrorism budget.