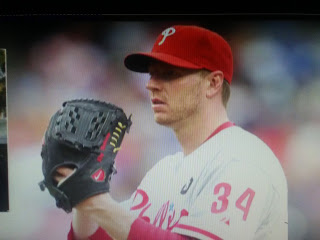 Wow, this is so shocking!
Roy Halladay was a beast of a starting pitcher who dominated the mound when he pitched.

AOL News reports local authorities confirmed that former MLB pitcher Roy Halladay has died after a plane crashed in the Gulf of Mexico on Tuesday. He was 40 years old.

During a press conference, police confirmed that one body had been recovered after a small, single-engine plane crashed off the coast of Florida. The plane was registered in Halladay's name.

Halladay leaves behind his wife, Brandy, and their two children.