Idiots: LiAngelo Ball and 2 UCLA mates could be in China for months on Shoplifting charges 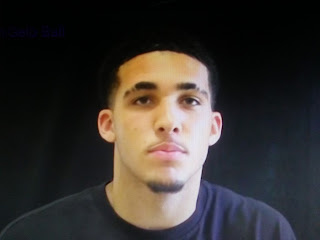 I doubt very much that these three idiots took it upon themselves to shoplift out of the blue.
They've probably been stealing for a very long time.

NY Post reports the three UCLA men’s basketball players arrested in China for allegedly shoplifting a day before U.S. President Donald Trump’s visit cannot leave their hotel until the end of the legal process, which could last months, ESPN reported on Wednesday.

Police are requiring the University of California, Los Angeles, players to remain at their luxury Hangzhou hotel until the legal process is done, which could last days, weeks or even months, ESPN reported, citing unnamed sources.