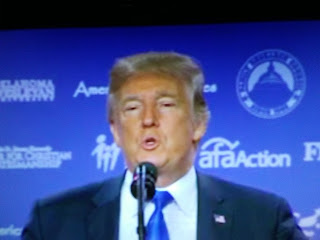 I was wrong by a long margin and this wasn't the result I wanted.
I still believe the accusations against Moore were bogus.  But, Alabama voters were clearly affected by them.

NY Post reports President Trump congratulated Democrat Doug Jones on a “hard fought” victory in the Alabama Senate race but added that the GOP will have another chance in a “short period of time.”

“Congratulations to Doug Jones on a hard fought victory,” Trump wrote on Twitter.”The write-in votes played a very big factor, but a win is a win.”

Jones was declared the winner late Tuesday night and was besting opponent Roy Moore by about one percentage point.

“The people of Alabama are great, and the Republicans will have another shot at this seat in a very short period of time. It never ends!” Trump added.

The amount of write-in votes was at 1.7 percent — larger than the difference between the candidates.