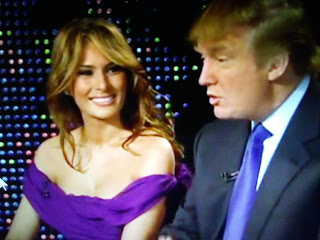 The corrupt media makes up stories about Donald and Melania Trump.
Yet ignore how often the Obama's took separate vacations and how even today they're rarely together.

AP reports First lady Melania Trump’s office is fed up with speculation about marital strife in the White House.

“BREAKING,” she wrote. “The laundry list of salacious & flat-out false reporting about Mrs. Trump by tabloid publications & TV shows has seeped into ‘main stream media’ reporting.”
Grisham added that Mrs. Trump is focused on her family and role as first lady, “not the unrealistic scenarios being peddled daily by the fake news.”

The tabloid Daily Mail reported Friday that Mrs. Trump has spent a number of nights at a D.C. hotel in the wake of reports of allegations by adult film star Stormy Daniels that she had an affair with Donald Trump in 2006, shortly after he married Melania.