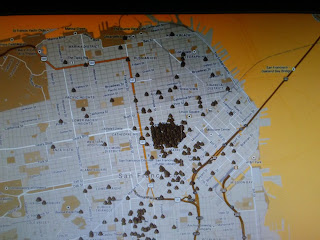 This the clearest example in the United States of what happens to a city which is run by unfettered Liberalism.
You have to deal with piles of human shit in the streets that Liberals argue is the new normal.  On what planet is this supposed to be accepted?

The NBC Bay AreaInvestigative Unit surveyed 153 blocks of downtown San Francisco in search of trash, needles, and feces. The investigation revealed trash littered across every block. The survey also found 41 blocks dotted with needles and 96 blocks sullied with piles of feces.