Dems Love Damages: David Hogg Rallies Democrats in DC: “If You Listen Real Close You Can Hear the People in Power Shaking” (VIDEO) 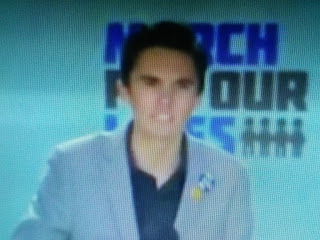 The corrupt media machine is in the process of making  David Hogg a Leftist star.
It's all about finding a voice that looks good and stirs the heart strings.  It doesn't matter what they say.  It doesn't even have to be a coherent message.  It's about manipulating the emotions and that's all.

Democrat protest leader David Hogg spoke at the massive rally in Washington DC on Pennsylvania Avenue to tens of thousands of anti-gun protesters.

David Hogg rallied the young Democrat voters: The cold grasp of corruption shackles the District of Columbia. The winter if over. Change is here.