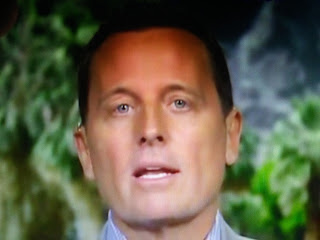 I think I've seen this guy a few times on Fox.  But, don't know much about him.

NY Times reports for months, scores of President Trump’s nominees for posts from ambassadorships to deputies at cabinet-level agencies have been stalled, awaiting confirmation hearings.

But few drives for a confirmation vote have turned into a cause — supported by groups often on opposite sides of the political spectrum — like Richard Grenell’s.

Mr. Grenell, a Republican who worked with the incoming national security adviser, John R. Bolton, at the United Nations, was nominated by Mr. Trump last year for the ambassadorship to Germany, becoming the president’s most prominent openly gay appointee.