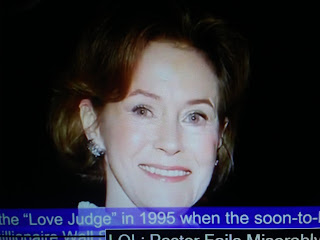 Nobody cannot tell me that Michael Cohen's civil rights aren't being violated by a crooked system out to get him and President Trump.
It’s disgusting!


Washington Times reports federal Judge Kimba Wood, who is overseeing the court case against Donald Trump’s personal attorney, Michael Cohen, officiated the 2013 wedding of George Soros, a billionaire supporter of liberal political causes, according to news reports at that time.

The judge is currently weighing whether to have a neutral third party review the documents seized in FBI raids on the office, home and hotel of Mr. Cohen.

Mr. Cohen’s attorneys have sought to keep the government from reviewing the materials by asserting attorney-client privilege. Prosecutors have demanded access to those documents claiming they are related to an ongoing criminal investigation.