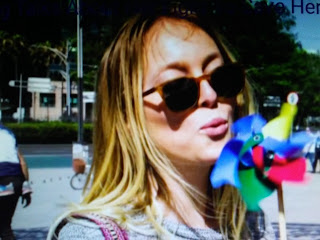 This is a wild story.
But, we've seen these types of situations before with charismatic cult leaders exploiting men and women.

NY Post reports her “masters” are in jail, but she’s still slaving away.

Oxenberg — the 26-year-old daughter of “Dynasty” actress Catherine Oxenberg and granddaughter Princess Elizabeth of Yugoslavia — hauled plastic tubs full of restaurant fare out of a basement on Second Avenue in the East Village and into the cafe PlantMade.