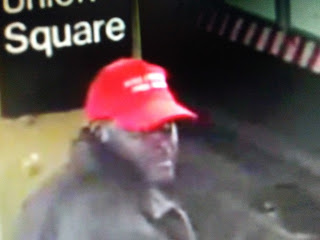 NY Post reports an apparent supporter of President Trump got into an argument with a man on a subway train and later pushed him onto the tracks, police said Saturday.

The 24-year-old victim had been accosted by his assailant, who was wearing a “Make America Great Again’’ hat, on a No.4 train on Friday.

Police said the attacker, who is African-American, spewed anti-Hispanic slurs at the victim. They both got off at Union Square, where the victim was shoved off the platform