Netanyahu: Iran Nuclear Deal Is Based on Lies – Here's the Proof 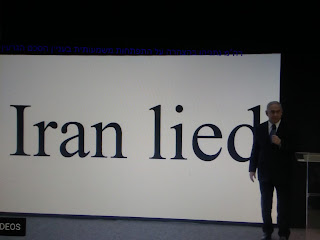 When the stupid Obama regime negotiated the Iran nuke deal I screamed repeatedly on this blog that it was the most insane deal ever.
No way in the world can the rogue state of Iran be ever trusted not to move forward with developing nuclear weapons.  President Obama was an idiot from start to famish.  John Kerry was an incompetent fool.  Finally, my skepticism was justified.

To really understand Israel and the Middle East - subscribe to Haaretz
Presenting 55,000 pages of documents and 183 CDs, Netanyahu said Iran hid an "atomic archive" of documents on its nuclear program.