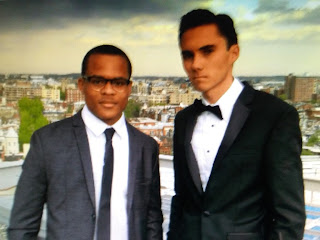 David who?  I can't remember who this guy is.

The Daily Mail reports that Hogg came to the dinner as a guest of the The Daily Beast. He attended with Zion Kelly, an 18-year-old whose twin brother was shot dead last year.

Hogg used part of his time at the dinner pushing the newly created “No Rifle Association initiative” (#NoRA), of which he is a part. He was able to get six members of Congress to sign a #NoRA pledge that they will take no funding from the NRA: