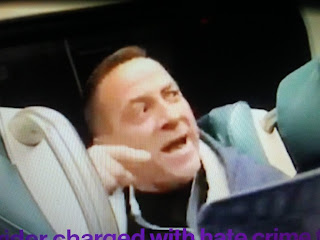 
NY Post reports the LIRR rider caught on camera spewing a bigoted rant was charged with a hate crime that could land him behind bars, officials said Wednesday.

The Queens DA charged 58-year-old Long Beach resident Edward Ruggiero with third-degree menacing as a hate crime and second-degree aggravated harassment – crimes punishable by up to a year in jail and $1,000 fine.