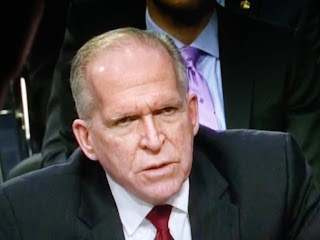 That's right I said scumbag because John Brennan is a scumbag
who belongs in prison for breaking numerous federal laws.

Gateway Pundit reports Former CIA Director-turned-Twitter troll, John Brennan lashed out at Trump on Sunday evening after the President ordered the DOJ to investigate the FBI’s infiltration of his campaign.

Brennan also fired a warning shot to House Speaker Paul Ryan and Senate Majority Leader Mitch McConnell, claiming they will ‘bear the majority of the responsibility of the harm done to our democracy’ if they don’t stop Trump.