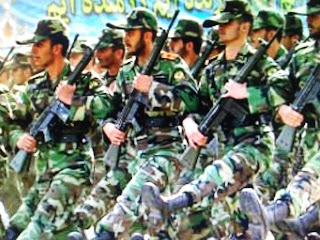 There's was never any reason to believe a rogue nation like Iran to keep their word.
Cheaters lie and Iran is the world's leading sponsor of terrorism.

Daily Mail reports President Donald Trump has again claimed that Iran's military budget has increased 40 per cent since sanctions were lifted under the nuclear deal, a somewhat exaggerated claim.

'Iran's Military Budget is up more than 40% since the Obama negotiated Nuclear Deal was reached...just another indicator that it was all a big lie. But not anymore!,' Trump tweeted on Saturday night.

It was the second time he'd made the claim, after stating it in his speech on Tuesday announcing that the US would reimpose sanctions on Iran, effectively scuttling the deal.