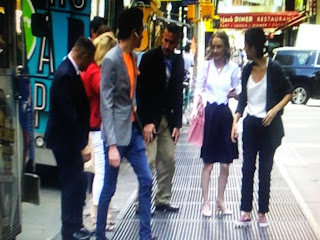 I think David Hogg needs to eat a few hamburgers.


David Hogg is a VIP now.

The 18-year-old attended the Parkland, Florida school where a student murdered 17 people in February, then made himself famous with relentless calls for gun control in the wake of the tragedy.

Now he’s got a book deal, and publicists — and armed guards.
Sean Di Somma snapped some pictures of Hogg strolling the streets of New York City recently with his new entourage in tow.