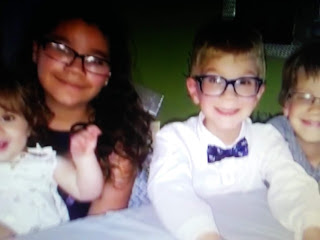 I can understand why adults get killed.  But, children?

WESH reports a man who police say shot an officer before barricading himself in an Orlando apartment killed the four children he had been holding hostage before killing himself, police said Monday.

Orlando police Chief John Mina said at a press conference just before midnight that the suspect, who was identified as 35-year-old Gary Wayne Lindsey Jr., was found dead in a closet when officers entered the apartment nearly 24 hours after the standoff began.