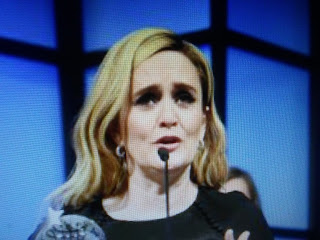 This latest incident of how Libs get away with everything ultimately helps President Trump.
Libs are the people who bankrupt a city like Detroit, allow the weekly massacre of Blacks and Latinos because Libs run Chicago, and wants to legalize drugs to collect the tax dollars.  The list is very long.

Turns out that the “War on Women” is only a War on Some Women. It just depends on their politics

This past week, that conflict raged from a disgusting racist tweet by TV comedian Roseanne Barr to a disgusting misogynist comment by TV comedian Samantha Bee on her TBS show “Full Frontal.” The differences in how those fights and others played out was night and day. Or, more accurately, left and right

Barr tweeted that President Obama’s former senior adviser Valerie Jarrett, who is African-American, was the result of the "muslim brotherhood & planet of the apes had a baby=vj." Barr was fired almost immediately.