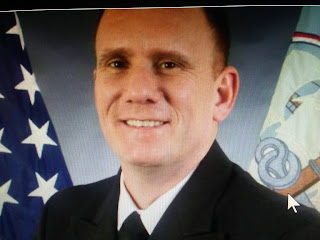 CNN reports the US Navy's top enlisted leader announced Thursday he is resigning "to avoid any distraction," as an inspector general investigates allegations that he "fostered a hostile work environment."

In a letter posted to the US Navy Facebook page, Master Chief Petty Officer Steven Giordano informed sailors that he will "step aside" and submit a retirement request "in order to allow ... our sailors to continue to move forward with the initiatives we have begun."

"The success of our Navy is not about one person or one individual, but rather the collective fighting spirit that has defined us over the last 242 years. It has been an honor to have been part of that team," the letter said.