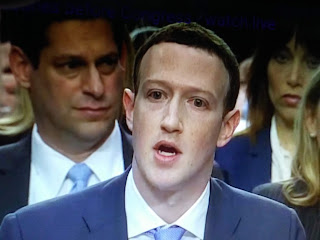 Nothing is going to happen to Mark Zuckerberg lying to Congress because he spread around enough cash
to politicians on both sides to guarantee it.

Facebook has reached data-sharing partnerships with at least 60 device makers — including Apple, Amazon, BlackBerry, Microsoft and Samsung — over the last decade, starting before Facebook apps were widely available on smartphones, company officials said. The deals allowed Facebook to expand its reach and let device makers offer customers popular features of the social network, such as messaging, “like” buttons and address books.