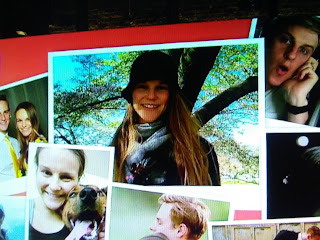 This is a shame.
I always tell friends to be very careful visiting Mexico.  It just not safe anymore.

CBS News reports police in Mexico are investigating the murder of an American tourist hit by a stray bullet in Mexico City. Tatiana Mirutenko of San Francisco was leaving a restaurant with her husband and two friends Saturday morning when she was shot. Police say two men on a motorcycle were aiming for a bar bouncer who was at the same restaurant. The bouncer was hit, but survived.

Mirutenko, 27, was in Mexico celebrating her first wedding anniversary and had just told her family how safe she felt. The restaurant where Mirutenko was shot was located in an upscale neighborhood.
"We've traveled to Mexico all of our lives," Mirutenko's father, Wasyl, said. "Tania has probably been there at least 30 times."