Elon Musk is a total fraud 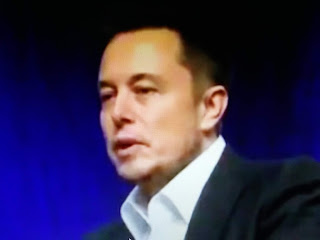 Not only is Elon Musk a fraud, he's also one the largest corporate welfare recipients in America.
His company would be non-existent without heavy government subsidies.  That's money out your packet and mine.

One disastrous tweet has finally revealed Elon Musk for what he is: a fraud.

Enraged that a British cave diver called his idea to rescue the Thai soccer team for what it was — “a p.r. stunt [with] absolutely no chance of working” — Musk took to Twitter and called him a “pedo.”

Just like that, Tesla’s market value plummeted by $2 billion.

Musk has been in business since 2002. His stated goal is nothing short of transforming humanity through his products: his electric cars, space travel, and an underground high-speed Hyperloop system.

He has yet to succeed at anything but somehow spins every failure into proof of imminent success. His only accomplishment has been this decades-long Jedi mind trick.