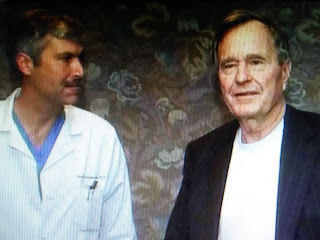 This is awful!  Conspiracy buffs are going to have a field day with this.

Dr. Mark Hausknecht and the shooter were both riding bikes on South Main Street, near Texas Children's Pavilion for Women, shortly before 9 a.m. local time, Executive Assistant Police Chief Troy Finner said at a news conference.
Hausknecht, 65, was biking north when he passed the shooter going in the other direction, Finner said. The shooter turned, fired two shots at Hausknecht and rode away on his bike, Finner said.