Hollywood Agenda: Slew of movies about race, class and trans coming to theaters... 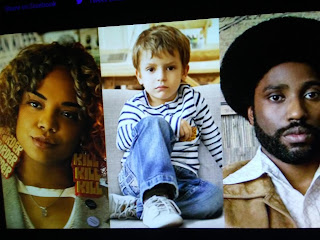 This is the crap Hollywood is focusing on.
It won't sell because there are plenty of entertainment choices for Americans to spend their money on.

Urban Hollywood 411 reports Hollywood tends to pack summer with escapist flicks — popcorn movies that have little to do with the real world, unless you consider rampaging dinosaurs a pressing societal problem.

But these five socially-conscious films are sneaking into cinemas, and each has something compelling to say.

Sorry To Bother You
This surrealistic comedy starring Lakeith Stanfield (Get Out) and Tessa Thompson (Creed) is earning rave reviews for wicked social satire that touches on race, class and capitalism.
Stanfield plays Cassius Green, a telemarketer in Oakland whose career takes off once he adopts a “white” telephone voice with customers.