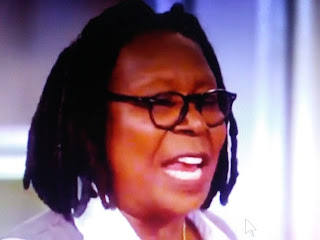 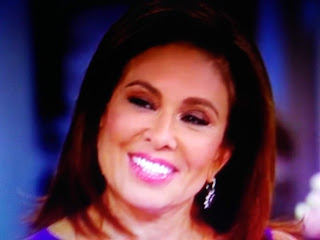 This is a very teachable moment about the nature  of Liberals.  They are incapable of winning any debate on the merits.  They're not interested in that.  The only thing they care about is getting emotional and bullying people as a distraction when losing an argument.  Whoppi Goldberg perfectly illustrates this point on The View.

NewsMax reports Whoopi Goldberg, one of the hosts of ABC's "The View," argued with Fox News personality Judge Jeanine Pirro on Thursday's "The View," after Pirro suggested Goldberg had "Trump Derangement Syndrome."
"Let me tell you what I have: I'm tired of people starting a conversation with 'Mexicans are liars and rapists,'" Goldberg said on "The View."