Maxine Waters, the dumbest woman in Congress, says Americans are 'sick and tired of' Trump, calls for him to be removed from office 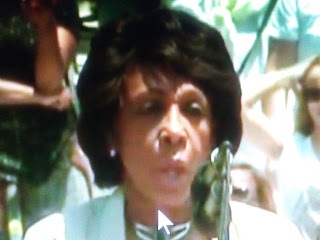 Every time this woman opens her mouth she adds another three points to every GOPer running for reelection.
That's why we want her to continue to speak her head off.  She's the gift that keeps on giving.

Waters took the podium at the Families Belong Together rally in downtown Los Angeles, one of the many rallies staged across the country urging for the reunification of families who were separated at the U.S.-Mexico border.

She told the crowd that she has “no fear” and is “in this fight” after saying some congressional lawmakers felt “intimidated.”