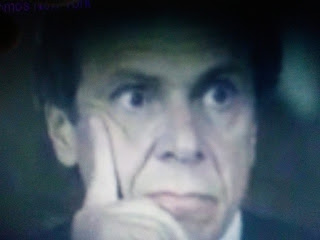 Democrats I think take a vow to be soft on crime.
This guy wants to be president.  He's one of the worst governors in New York history.

CNS News reports sexual predators, such as the so-called “Voodoo Rapist,” in confinement because the state considered them too great a threat to society to be released after serving their prison terms, have been pardoned by Democrat New York Governor Andrew Cuomo.
Gov. Cuomo granted the conditional pardons so the sexual predators would be able to vote, according to a report by The New York Daily News:
“Dozens of convicted sexual predators deemed too dangerous to be returned to the community after their release from prison are among the thousands who received conditional pardons from Gov. Cuomo, giving them the right to vote, the Daily News has learned.”
“The list of 77 is littered with convicted pedophiles and rapists and other violent sexual abusers. All were granted conditional pardons from Cuomo under a new policy designed to give back the right to vote to those who leave prison.”