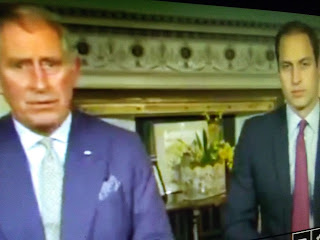 This report doesn't do Prince Charles and Prince William any favors.
Scheduling conflicts would have been understandable to a point.  But, a report saying they refuse to meet Trump will garner a bad reaction from the American people.

AOL News reports Britain’s princes were not interested in charming President Trump, according to a report.

Prince Charles and Prince William could have attended the President’s meeting with Queen Elizabeth II on Friday, but “snubbed” the American in favor of other engagements, according to The Times of London.

“They simply refused to attend,” a source told the newspaper.