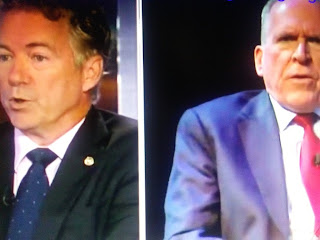 Only is the warped minds of Liberals is it okay for a guy who voted for a Communist for president, John Brennan, is allowed to become CIA Director.

CNS News reports commenting on former CIA Director John Brennan's claim that President Trump's press conference with Russian President Vladimir Putin was "treasonous," Senator Rand Paul (R-Ky.) noted that Brennan "started his illustrious career by voting for the Communist Party," and he has been "bad news from the very beginning."
Senator Paul also said he wondered why Brennan is "getting a government pension if he is going to be disrespecting the commander-in-chief, calling the president treasonous," which is a death penalty offense.