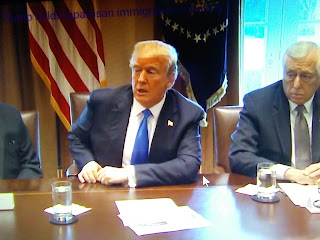 Trump has been getting on NATO countries to fulfill their obligations and up their share on military spending.

“What the president is going to do is go into these meetings with the mindset to protect the American people, stand with our partners and allies - but as he has said many times before America is thought so often to be the world’s piggy bank. And that’s gotta stop,” Gidley told reporters as Trump flew to West Virginia. Trump has pressured some NATO allies to significantly increase military expenditure.