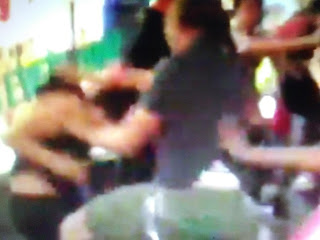 This is getting out of hand.
For every action there's an opposite an equal reaction.  It started with the destruction of President Trump's star on the Hollywood walk of fame.  It was a stupid thing to do and it will got a lot  of people upset.

NY Post reports a knock-down, drag-out brawl broke out on the Hollywood Walk of Fame between a group of protesters and some President Trump supporters — who were holding a makeshift rally around his new star after the old one got destroyed on Wednesday.
The fight reportedly went down around 11:25 p.m. Thursday following a verbal dispute between two men, one of whom was wearing a Trump jersey.