Iran general warns Trump war would 'destroy all you possess' 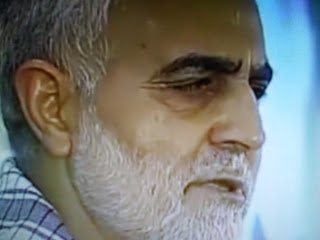 I didn't know Sean Connery was Iranian.
That's a brave noise considering Iran is way overdue for an ass kicking by the U.S.


BBC reports an Iranian special forces commander has warned President Donald Trump if the US attacks Iran it "will destroy all that you possess".