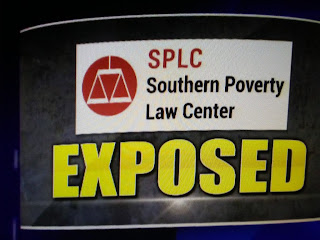 The Southern Poverty Law Center is a huge part of the Democrat Party's propaganda apparatus.
There's no reason under the sun why the FBI should be associated with them.  Only Leftists zealots within the FBI would have any use for the SPLC.

Fox News reports a Republican lawmaker is demanding some answers from the FBI after he says the bureau admitted to working with the controversial Southern Poverty Law Center.
In a letter obtained by Fox News’ “Tucker Carlson Tonight,” Rep. Matt Gaetz, R-Fla., says the FBI has “admitted to working with the SPLC,” in a development he describes as “surprising and worrisome.”
“This is surprising and worrisome, as the SPLC is known to use its platform in order to denigrate and disparage certain groups by labeling them ‘hate groups,’” he said.
He said that groups such as the Christian Family Research Council (FRC) have been labeled a hate group, while members of “Antifa” -- a broad collaboration of left-leaning, anti-fascist activists -- have not been given such a label.