Asleep at the switch Jeff Sessions fires back at Trump: DOJ won't 'be improperly influenced' by politics 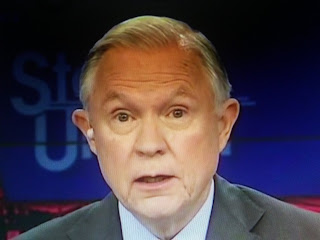 Are you kidding me, Jeff Sessions?
If he thinks the DOJ isn't already influenced by politics and corruption at the highest levels, then he's either a willing participant or is compromised by bad actors engaging in it.


CNBC reports Attorney General Jeff Sessions fired back against President Donald Trump on Thursday, saying the Justice Department will not be "improperly influenced by political considerations." Earlier, Trump attacked him on television, asking "what kind of a man is this?"

"I took control of the Department of Justice the day I was sworn in, which is why we have had unprecedented success at effectuating the President's agenda," Sessions said in the statement, which was posted on Tw