Dad James Currie Who Allegedly Dumped His Dead Baby in East River, Then Fled to Thailand Has Been Returned to NYC 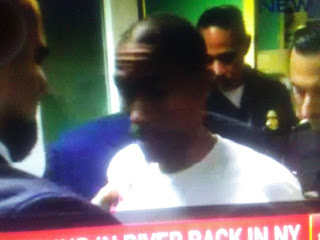 What kind of person would do such a thing?
Terrible! Great job by the NY{D and the Border Agents.

NBC News reports the father of the 7-month-old infant who was found floating in the East River over the weekend has landed back in New York City after he was taken into custody in Thailand, law enforcement sources say.
James Currie, 37, arrived at Kennedy Airport on a Korean Airlines flight Thursday evening after he tried to flee the country earlier in the week, according to sources. Homeland Security Investigations, NYPD and Customs and Border Protection worked together to track him overseas and bring him back to the U.S.