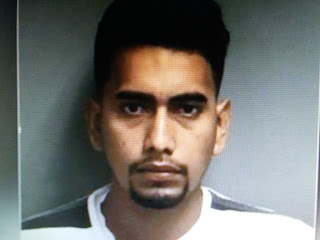 If this bum wasn't in the country, she still be alive.
How about that Wall?

AOL News reports Mollie Tibbetts, a University of Iowa student who was last seen during an evening jog a month ago, was believed to have been found dead and an undocumented immigrant has been charged with her murder, authorities said on Tuesday.