LBGTs need to give back the rainbow to their rightful owners 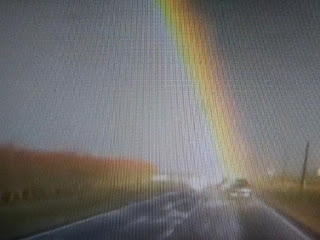 As a Christian I demand my rainbow back!
People need to know that the rainbow has nothing to do with being Gay.  It's a deeply religious icon that has been cherished by Christians and Jews for thousands of years.

LBGTs need to stop being thieves and acknowledge they made a mistake co-opting our symbol as their own!

After it rained for 40 days and nights life on Earth was destroyed by God.  Only Noah, his three sons and their wives, along with two of every animal survived on the Ark.  When the flood waters receded and Noah's ark found land again, God created a rainbow as a everlasting promise, sign,  and Covenant with the world never to destroy the Earth again by flood.

That's why we see rainbows after it rains.  That's why they exists and it has nothing to do with same sex pride in any way, shape, of fashion.