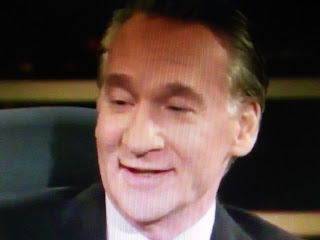 To his credit Bill Maher utters what used to be standard Liberalism.
"I may disagree with what you say but I'll defend with my life your right to say it."  That's Americanism!  Libs who agree with censorship are betraying their own traditions in favor of totalitarianism.

The Hill reports HBO talk-show host Bill Maher spoke out in defense of controversial right-wing host Alex Jones after Jones was suspended from several social media platforms, saying that everyone has a right to free speech.
Maher, noting that Jones has "told crazy lies" about him, said on his HBO show Friday that "if you’re a liberal, you’re supposed to be for free speech."
“That’s free speech for the speech you hate. That’s what free speech means. We’re losing the thread of the concepts that are important to this country,” he continued.