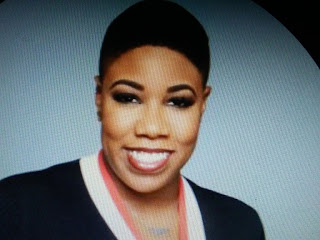 This is why we can't really find common ground with these kinds of Liberals.
They're too insane to make it worth it.

Daily Mail reports a CNN commentator who worked as Bernie Sanders' campaign spokeswoman has blamed the murder of Mollie Tibbetts on 'toxic masculinity' and not weak immigration policies.
Symone Sanders took to Twitter on Wednesday to argue the point after a suspected illegal immigrant was arrested over the Iowa college student's death.
Cristhian Rivera, a 24-year-old from Mexico, was charged on Tuesday with killing Mollie and dumping her body in a cornfield in her hometown of Brooklyn, Iowa on July 18.
Soon after news of his arrest emerged, President Donald Trump led the calls for tougher immigration.

Mollie Tibbetts was murdered b/c she told a man to leave her alone while she was jogging. Her murderer happens to be undocumented. This isn’t about border security. This is about toxic masculinity. Mollie Tibbetts lost her life b/c a man couldn’t take her saying no. Full stop.
— Symone D. Sanders (@SymoneDSanders) August 22, 2018